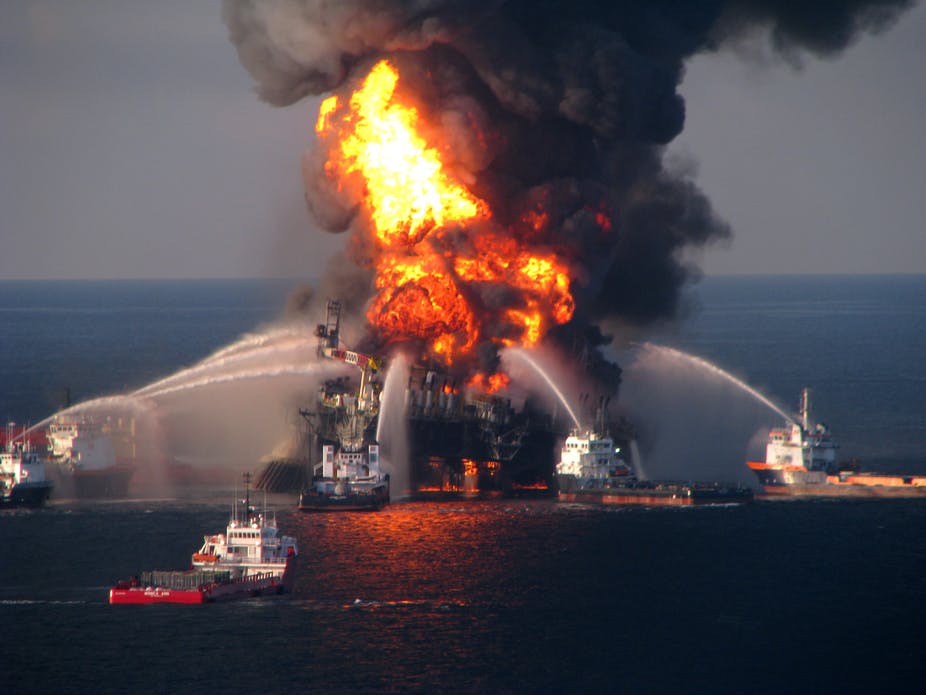 Offshore oil rigs can be extremely dangerous places to work. Over the last few decades, several offshore explosions have led to environmental disasters and the death of workers. Regulations have so far failed to stop fatal accidents from occurring. But with developments in technology, particularly the rise of automation, we’re hoping that future accidents can be reduced.

Small offshore rigs are the subject of research for automated monitoring systems, which use a variety of wireless sensors. And, in a world first, an autonomous robot will soon be deployed to monitor equipment and inspect gas leaks on a North Sea rig. If these technologies can be combined with tougher regulations, we might have found the key to reducing future loss of property and life.

In 1988, 167 people were killed in the Piper Alpha disaster. Since then, the safety and risk assessment of offshore installations has become much more vigorous. Regulations now require duty holders and owners, such as Petrofac and Shell, to demonstrate that they have taken every possible measure to stop major accidents.

But in 2010, the offshore world suffered another disaster, when an explosion destroyed the Deepwater Horizon installation in the Gulf of Mexico. 11 people were killed and the resulting oil leak had huge environmental consequences. The cause of this disaster was a broken subsea Blowout Preventer (BOP), a piece of machinery that is used to seal, control and monitor the uncontrolled release of oil and/or gas.

Since Piper Alpha, every offshore accident has led the industry and governments to readdress the safety concerns surrounding offshore installations. Most recently, in 2016, the Obama administration outlined new drilling regulations aimed at preventing a repeat of the Deepwater Horizon disaster. These regulations require a greater number of independent inspectors and improved safety equipment.

But in the absence of a more recent major offshore disaster, the Trump administration is set to roll back these regulations with the aim of reducing “unnecessary burdens” on the industry. In reality, these changes could be a recipe for disaster. Instead of reducing offshore safety regulations, we should be expanding them.

Many current regulations are still based on “static documents”. This means that they have been rarely updated since they were introduced decades ago, and exist relatively unchanged.

The Rise of automation

The recurrence of major disasters means that we need to find a better way to predict and stop accidents before they happen. One radical approach is to rely more heavily on automation. Automated monitoring systems can range from remote sensing and recording devices to actual robots. Many different approaches have been proposed, but all with the same goal of preventing the loss of life and property.

One such approach is being tested later this year. A North Sea oil rig will deploy the first ever autonomous robot that will move around specific areas of the rig, visually inspecting equipment and detecting gas leaks. It can navigate narrow pathways and even negotiate stairways in order to fulfil its inspections. The robot will be based in areas that are considered high risk for humans, such as gas turbine modules, the equipment that provides energy to the offshore rig.

Currently, it is often humans that inspect for gas leaks, but any mistake could lead to the death of all in the vicinity. By applying autonomous systems to monitor gas leaks, we reduce the risk to humans carrying out these tasks. But more than that, because automated robots can inspect continuously, we also expect failures to occur less often.

Another approach that is being researched for smaller offshore rigs is the Asset Integrity Monitoring method, which allows for continual live monitoring of offshore sites. Sensors are deployed inside or very close to the equipment, constantly detecting and transmitting any changes. For example, a sensing network could monitor the integrity of a gas turbine by recording temperature as well as the pressure and flow of the fuel gas.

While these are already monitored on offshore platforms, in many situations they require physical inspection from a crew member. A remote monitoring system would use wireless networks to relay all of the relevant information to a central hub. Here a complete status regarding the integrity of the machine can be analysed.

This technology would give safety officials a clear picture of the whole rig and its different component parts. The information could constantly be compared with offshore regulations and assist with their enforcement. The next major step is for them to be tested and implemented on offshore platforms.

Finding the right balance between automation and the risks posed by certain jobs will be the key to successfully introducing automation to offshore oil rigs. Whatever happens, automation will not be immediately thrust into the sector, but increasingly it looks like the future of offshore rig safety.